We are thrilled to announce that John Burton has joined our team as a seasonal advisor, furthering the mission of camp by acting as a leadership resource for our staff and helping to promote their success this summer. His position is known warmly as being a “Greybeard,” acknowledging the wisdom, maturity, and experience he will bring as a key member of our leadership team.

Aside from his business experience, John is also a high-level paddler and outdoorsman, and was involved in competitive paddling for over 15 years. He competed in five whitewater world championships, represented the USA in the 1972 Olympics in whitewater canoe slalom, and later coached the U.S. team. In 2021, John and his wife Jan relocated to Flat Rock (In part to be closer to their grandson, Bear!)

John comes to us with decades of experience in outdoor leadership, and camp has been in his blood for years – he has been a camper and staff member at nearby camps Mondamin and Pinnacle. (Fun fact: One of John’s first counselors at Camp Mondamin was Yates’ father Henry Pharr in 1961!) He’ll be advancing the mission of Falling Creek by shepherding the growth of our staff, adding a wealth of knowledge to our program, supporting our risk management efforts, and helping to ensure we can continue operating at the highest level. 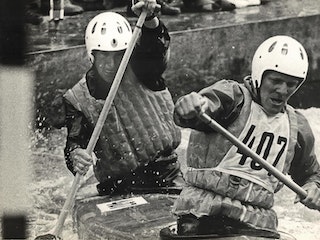 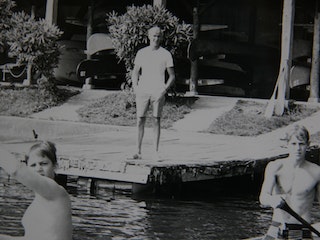 John on the docks at Camp Mondamin in 1970 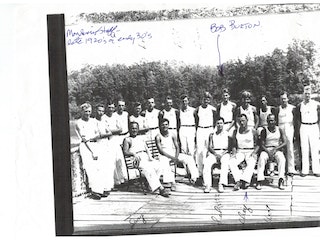