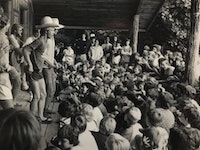 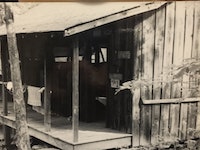 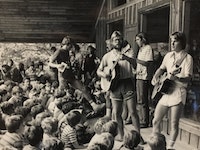 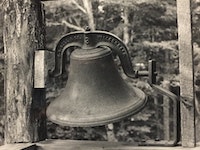 In the header photo for this page, you’ll see a 1976 photo from Morning Assembly. From left to right: Starr Teel (curly hair, behind Steve H.), Steve Hess, David Dickerson (on mandolin), Walt Cottingham Jr., Donnie Bain, Steve Rogers, Terry Tyree (curly hair, behind Steve R.) The front porch looked similar, but this was before it was expanded, and when it still had a roof over it!

Photos below are from the Menn brothers, who were campers from 1977-79 from Miami Lakes, Florida when their father was camp doctor. 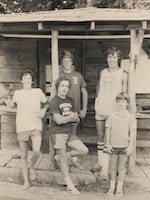 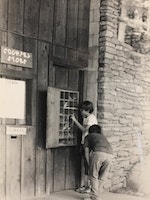 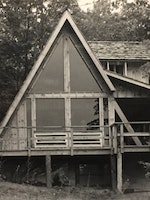 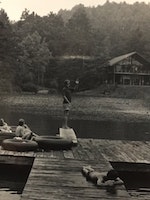 Photo of Walt Cottingham Jr. calling a counselors’ square dance with one of the local girls camps.

This photo and the four below it were taken by Talbot Carter, the head of Paddling in the mid to late 70s. 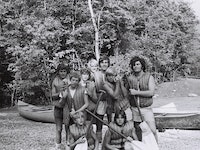 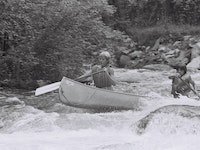 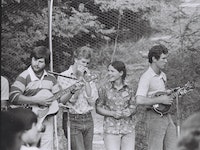 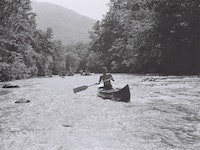 The below photos are scans from our 1978 slides. 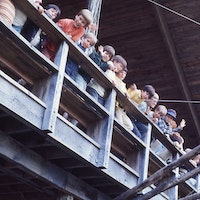 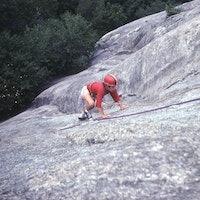 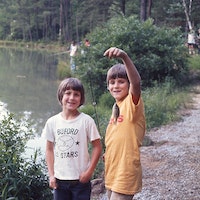