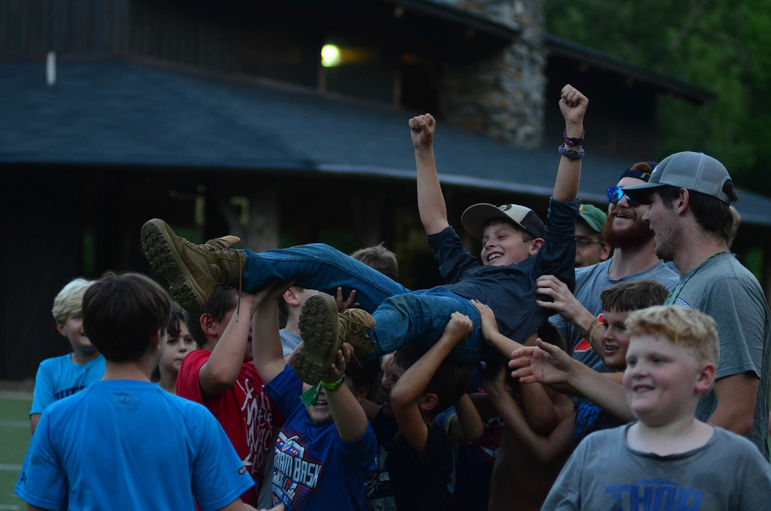 Win or lose, we’re always supported by our friends at camp!

“It’s not about your wins and losses, but how you hold yourself in the highs and lows of competition.” This is how Yox began our Morning Watch for today, talking about competition, He described that a defeat is not a failure, and it’s all about how you respond and grow from a loss, which can be more impressive than a win. He ended Morning Watch by encouraging the community to keep moulding themselves into great men, starting with their responses during competition. It was an appropriate topic, especially with today being a Green and Gold day. 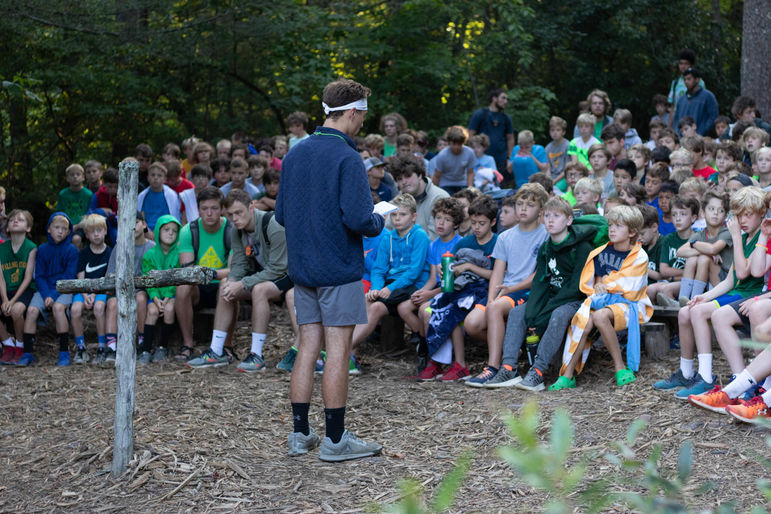 Tuesdays are Green and Gold days, providing plenty of opportunity for friendly competition throughout the day. The boys compete for green or gold points, based on which color team their cabin is in. Points can be earned during All-Camp-Games, Evening Programs, in mini challenges during activities, and at Morning Assembly on Tuesdays. This morning we kicked off the Green vs. Gold activities with a minute-to-win-it at Morning Assembly. Gabe and HarryO explained the rules, and then picked two boys from the group to represent their teams. The point of the mini game was to get three ping pong balls from one end of the stage to the other, carried on the end of a spoon. The boys had to strategize with the right speed, since going too slow would cost them the race, but going too fast would cause the ping pong ball to fall off. Initially, the Gold team had the lead and was narrowly ahead for most of the race, but right at the end with the last of the three ping pong balls, they dropped the ball! In the short time it took them to pick the ball up, Green team swooped in for the win! All the boys cheered, and the energy was high as we headed into activities for the day. 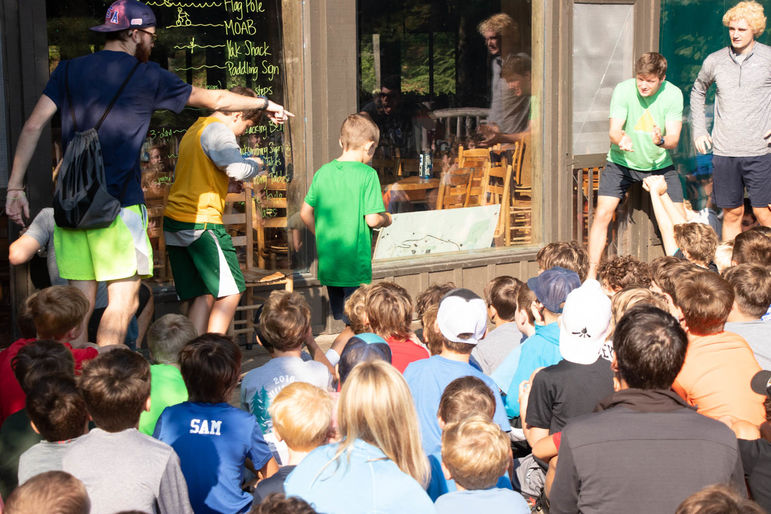 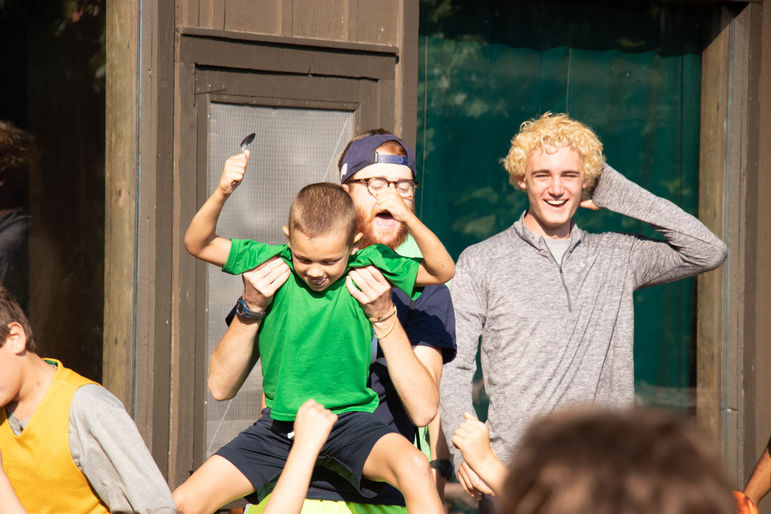 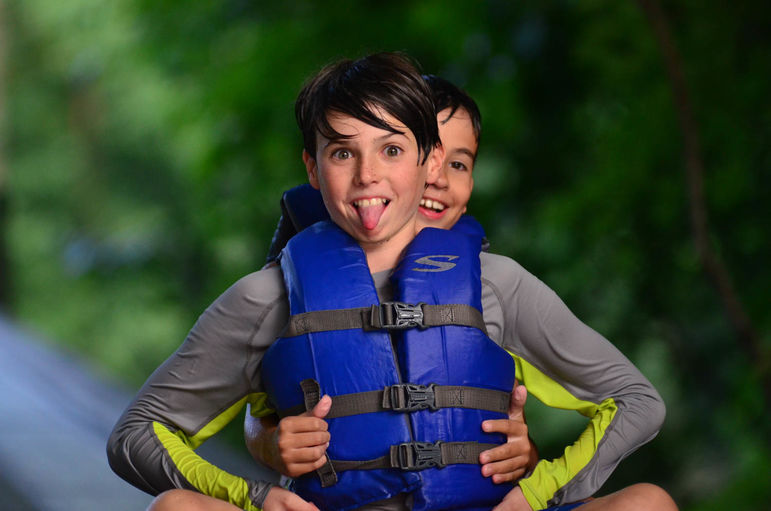 Though competition might mould character, as Yox explained at Morning Watch, the boys in pottery were working on a different kind of moulding. At the pottery workshop today, Ashley was explaining Face Jugs, a type of large pottery jug with a scary or ugly face on it, said to scare away bad spirits. These face jugs are said to have originated in Appalachia, and today each period of boys would be working together to mould their own jug as a group. During first period, the boys gathered around the wheel as Ashley began to throw. The boys were mesmerized as she centered the giant ball of clay, and seemed to effortlessly mould it into any formation she wished. She explained that she was pulling the ball of clay up into a cone shape and then pushing it back down into a cake shape, which would help bring the air bubbles to the surface to pop before she began forming the jug. 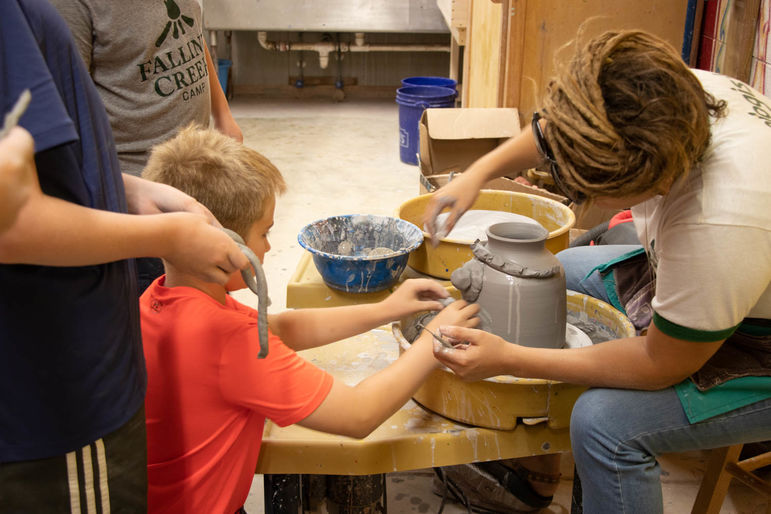 Adding features to the face jug

After centering and shaping the clay, Ashley described how she would create a divet in the center, pulling it out until the clay resembled a thick bowl. As she did so, the boys were amazed. “I wish I could do this all day! It’s so satisfying to watch!”, one of the boys exclaimed. After she pulled the sides of the bowl upwards and evened the creation out so it resembled a vase, she began to pinch the top of the formation together so it would become a jug. Once the group had their jug as the base (which Period 1 nicknamed “Jefe”), everyone worked together to decorate it. Some boys made the eyes, some made the nose, others made the mouth, and others got even more creative, making things like clay warts or earrings to add to the masterpiece. When it was finished, they attached all their accessories, facial features, and decorations to make one grand face jug. Ashley will fire the jugs and they’ll stay on display in the pottery workshop for years to come, commemorating this session of young artists. 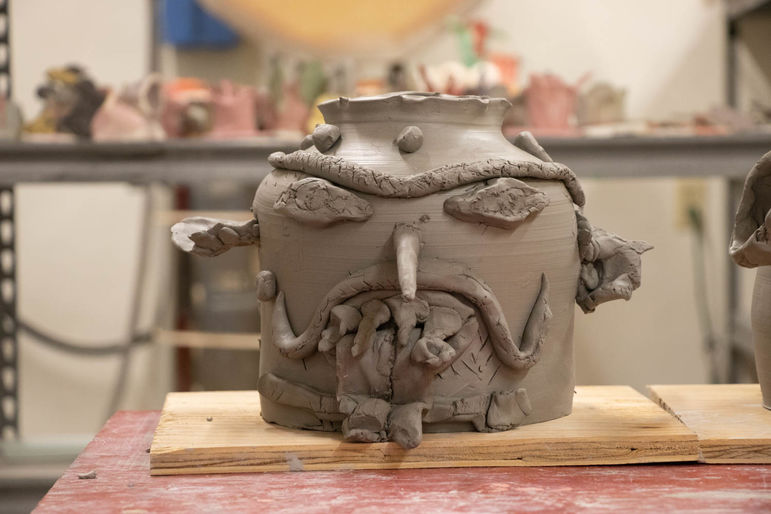 One of the finished Face Jugs

Whether boys were moulding their characters with the many competitions today, or simply moulding clay while working on a group project, it was another great day full of growth and fun. With just two days left to shape our camp experience this session, you can bet that we’re packing in as much as possible. With each day that passes, we’re moulding ourselves into the best version that we can be, and tomorrow is another chance to do it all over again. 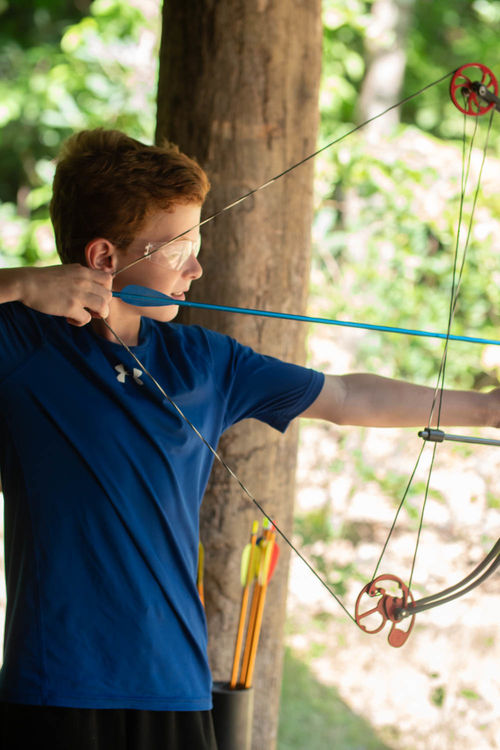 We’re right on target this week!

More Highlights From This Tuesday 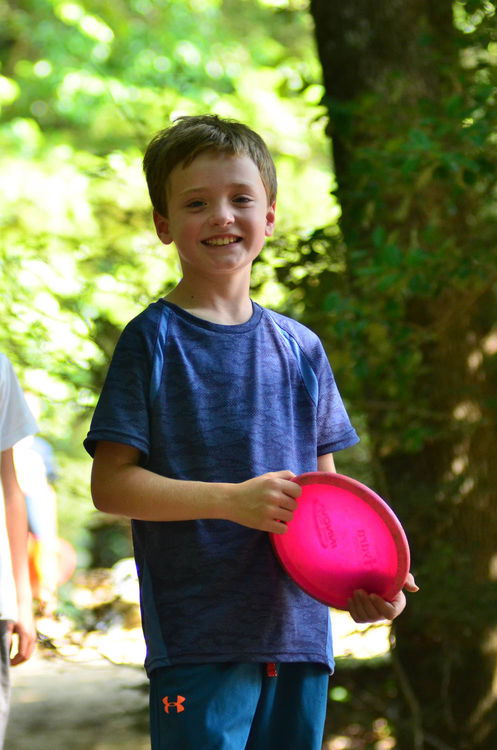 Another beautiful day in the mountains here! 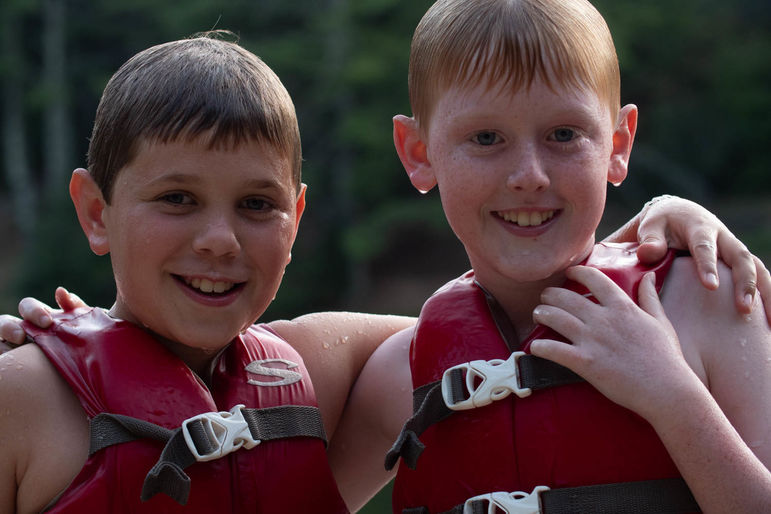