Matt Sloan spent his first 25 years in Columbia, SC, where he graduated from the University of South Carolina with a Psychology degree (and more importantly, where he met his wife Leslie). They have now been married over 20 years, and have two children (Asher – 16, and Lucy – 15). They also have two Boykin spaniel dogs, Ranger and Harry. Matt and his family have been living in Asheville, NC for the past 21 years.

His hobbies include fishing, hunting, playing basketball, dominating Wordle, and generally aggravating his children – in love of course. You’ll see Matt’s easy-going sense of humor and fun immediately when talking with him, apparent in all the stories he shares. He told us, “I have met a few celebrities in my day, but none greater than the great NWA wrestler Lex Luger in the Charlotte Airport. I have also appeared on the Family Feud years ago, and I blew it in sudden death for my family. It still hurts.”

For two decades, Matt served in ministry as the Area Director of Young Life in Buncombe County, and was the Associate Regional Director for Young Life in Western NC. Over this time, Matt has spent a combined 2 years of his life at Young Life camps across the nation, wearing many hats but primarily serving as Program Director. He describes it as his great privilege to get to build relationships with kids, families, and volunteers for so many years, walking beside them as they consider the God who personally knows them, loves them, and is for them.

We’re thrilled to have Matt and his family as part of the Falling Creek community, serving as Chaplain and organizing some fun non-summer season events! 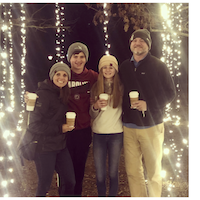 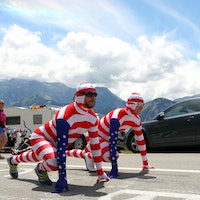 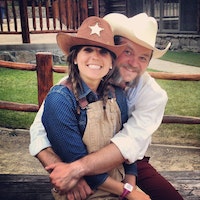